A lot of people like Valentine’s Day, and a lot of people don’t. It oftentimes depends on whether or not they have a Valentine for the special holiday. It is considered to be a day of fun and celebration in the name of love; however, it did not start out that way. END_OF_DOCUMENT_TOKEN_TO_BE_REPLACED

It is that time of year again. Whether you are celebrating love with a significant other, your friends or hiding out until it is over, the City of Lynchburg has a slew of options to cater to any specific needs. END_OF_DOCUMENT_TOKEN_TO_BE_REPLACED

Ah, Valentine’s Day. Love is in the air. It makes me sick. Really, Feb. 14 is just a commercialized holiday for couples to show just how “in love” they are. What’s the point? Flowers die, and I don’t even really like chocolate. Nor am I interested in bearing witness to any sort of ooey-gooey public displays of affection. I guess I just like to avoid the dazed people walking around with stars in their eyes and hearts popping out of their chest. So, I’ve said it before, and I’ll say it again: I prefer being single. Even on Valentine’s Day. But you may be wondering what you can do as a single person on this day of love, other than mope around eating a tub of ice cream and envying all those cutesy couples you see on your Instagram. Well: END_OF_DOCUMENT_TOKEN_TO_BE_REPLACED

On campus today, Feb. 14, the Student Activity Board is hosting a Valentine’s Day buffet from 11 a.m. until 1 p.m. The buffet is made of Valentine’s Day candy; you are welcome to eat as much as you can handle. The event will take place on the third floor in Drysdale Student Center. There will also be an opportunity to takes pictures, choose and stuff your own stuffed animal, as well as pick out some roses for yourself or that special someone. END_OF_DOCUMENT_TOKEN_TO_BE_REPLACED 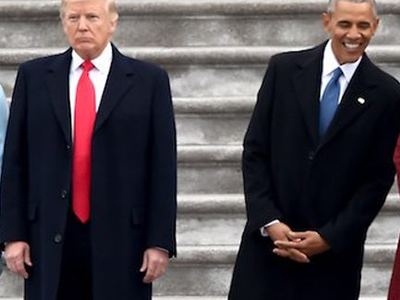 This Valentine’s Day, I thought it would be interesting to explore the past couple “First Family” relationships.

Starting with the Clinton’s, Bill Clinton and his wife Hillary were quite often seen together. Hillary, being one of the most active first ladies in United States History, traveled around the U.S. speaking to schools, churches and political groups. Like President Trump, Bill Clinton had a sex scandal while in office; however, they were handled quite differently. After Bill’s affair was made public, Hillary was always by his side, even making public statements in his favor. END_OF_DOCUMENT_TOKEN_TO_BE_REPLACED

Supervillains are a deceptive lot, by definition.  They plot and scheme in anonymity for as long as they can. Such people are unlikely to be forthcoming in their personal lives.  Because the Nerd Factor cares deeply about your emotional well-being, here are some tips for telling if you might really be dating a supervillain:

If your sweetie’s idea of getting dressed up for an evening out involves rocking some thigh-high boots and a cape, then you might really be dating a supervillain. END_OF_DOCUMENT_TOKEN_TO_BE_REPLACED

In 1903, the year that Josephus and Sarah LaRue Hopwood founded Virginia Christian College—now Lynchburg College and soon to be the University of Lynchburg—most of the institutions of higher learning in the United States were single sex.  However, a public distrust of coeducation did not deter Dr. Hopwood from pursuing what he considered “God’s divine plan,” but numerous barriers were in place on campus to deflect Cupid’s arrows. END_OF_DOCUMENT_TOKEN_TO_BE_REPLACED

"I am apart of the Student Diversity Council. We organized the walk out and we have been working to fix the diversity and inclusion statement and it is going in the new University of Lynchburg student handbook. We are now planning different events, like showing screenings of Grown-ish and Black-ish in Westover to inform students on different issues. The council is in the works of maybe figuring out a way to do a podcast or news show where we would talk about different things going on on campus and what we can do to change it." Destiny, First Year at U of L #studentvoices #universityoflynchburg #critograph
Kick off your spring break by relaxing with some iced coffee and this week’s copy of the Crit! 🌥💐✨ #universityoflynchburg #critograph #springbreak
"I am a graduate student at the University of Lynchburg. The degree I am pursuing is educational leadership with a focus in higher education. I'm hoping to take that degree and serve students, either in administration or student development. I really enjoy U of L, I have some really amazing professors and classmates. Something that I think sets U of L apart is the amount of care and intentionality that the faculty and staff have for their students. In turn, I hope to use my degree to serve in the same way that they have for me". Eli Stewart, U of L Grad Student #studentvoices #universityoflynchburg #critograph
You do not want to miss this week’s issue of the Crit! Grab your free copy on campus today and read up on all the #campusbuzz ✨🗞🐝
“I’m a junior music education major from Appomattox, Virginia. I have been playing violin since I was three years old and consequently I perform in orchestra, chamber orchestra, string Quartet and solo performances. I’m the concert master of the orchestra. The concert we had this week, we are on the last performance of three. It’s western movies and the subsequent music from those movies so we’re doing Magnificent Seven, the Cowboys, we’re doing Annie Get Your Gun... we’re doing all of these movie tunes that you would recognize. It’s a lot of fun, we’ve been having a great time, everyone gets dressed up we get all rowdy. It’s great time for everyone involved    ” Colin Coviello #studentvoices #universityoflynchburg #critograph
This week’s Crit is out now!! Check out all the latest #campusbuzz 🗞🐝✨