Posted on 23 Sep 2020 by The Critograph Leave a comment

Decades ago, when superhero properties were guaranteed to be neither all that plentiful nor particularly all that good, fans lived in fear of casting rumors and news. That decision to put the right actor in the right part would always tell you if the producers “got it” or not.  It was almost a relief if a good actor was named.

We tend to forget, for example, that twelve years ago most of the world did not really know who Iron Man was. The selection of Robert Downey, Jr. to play the brash but troubled billionaire inventor in high tech armor was a signal to all the comic book readers that these new Marvel Studios movies were going to be in the right zone after all.

END_OF_DOCUMENT_TOKEN_TO_BE_REPLACED

Posted on 16 Sep 2020 by The Critograph Leave a comment

Several decades ago, I created a city set in the near future year of 2020. Time has now caught up to me.

My nerd friends and I basically played two role-playing games throughout school and college. The first was, of course, Advanced Dungeons and Dragons. We accumulated piles of rulebooks, guides, and monster manuals so that we could roll our dice and guide our characters on adventures written out in longhand in notebooks and mapped on graph paper. This system became world famous and is basically the conceptual architect of all the RPG tabletop and computer games that followed.

The second game was a lesser known but equally alliteratively titled game called Villains and Vigilantes. As the title suggests, this was about superheroes. Commercially speaking, the game never caught on quite the way that AD&D did. Of course, as a consolation, V&V got to avoid being blamed as a Satanic influence during some moral panics of the 1980s. As a game, V&V was a bit clunkier too, relying upon complex numerical formulas to generate some character traits. We loved it despite its flaws. Or maybe for them.

END_OF_DOCUMENT_TOKEN_TO_BE_REPLACED

Posted on 9 Sep 2020 by The Critograph Leave a comment

At first, the ability to pass through solid objects seems like an ideal superpower to have. No walls can hold a phaser. No ropes can bind them. And in the very physical career of superheroics, no blow can land upon them. However, there are many problems and potential dangers associated with intangibility.

END_OF_DOCUMENT_TOKEN_TO_BE_REPLACED

Posted on 2 Sep 2020 by The Critograph Leave a comment

As hard as it is to believe now, a few decades back there was only one X-Men comic. Marvel’s team of “hated by the world they have sworn to protect” mutants had been lighting the superhero world on fire every month in Uncanny X-Men, but it took a lot time to start them as a franchise. Today, a Marvel character that even starts to get white hot gets their own series and probably a movie option with a rumored Disney+ series. Back then, the company was weirdly slow in spinning out even a new comic book series.

The first attempt to capture the glory was The New Mutants. In 1983, I got in a bit of trouble for enthusiastically reading the very first issue of their comic. Now, not quite forty years later, I find I cannot motivate myself to see their movie.

END_OF_DOCUMENT_TOKEN_TO_BE_REPLACED

Nerd Factor: The Roaches of Tuckerman

Posted on 26 Aug 2020 by The Critograph Leave a comment

Thirty years ago this week, three college friends and I moved into an off-campus rental in a suburb. That house was an odd place and we would have many adventures and misadventures there. One of the earliest indicators that the house on Tuckerman Street would never be normal was our early encounter with the roaches.

Looking back, I am not exactly sure when we found that we had so many unexpected roommates. Obviously, it happened very early and I suspect that it was all part of the horrible first night at the house. Eric, a friend I had pretty much known forever, and I had arrived earlier in the day to start moving in. We had already discovered that the air conditioning at the home was not working properly. This was in Maryland in the late summer, so we had high temperatures and higher humidity; not exactly the ideal moving day. By the time Bruce got there, a friend whom I met in my freshman year when he sort of excavated a hole into my dorm room wall (a story for another time), those weather conditions had produced a raging thunderstorm.

END_OF_DOCUMENT_TOKEN_TO_BE_REPLACED

Posted on 19 Aug 2020 by The Critograph Leave a comment

In terms of methodology, Spider-Man is now the ideal coronavirus era superhero. Yes, the radioactively spider-bitten young man from Queens who mixes it up with both street level threats and cosmic menaces is now uniquely positioned to fight crime in this new COVID-19 age. Consider how easily most of his crime fighting activities can be adapted to the commonsense practices of personal safety we have adjusted to in our lives.

END_OF_DOCUMENT_TOKEN_TO_BE_REPLACED

The Hargreeves of Netflix’s Umbrella Academy

Posted on 12 Aug 2020 by The Critograph Leave a comment

END_OF_DOCUMENT_TOKEN_TO_BE_REPLACED

X-Ray Spex advertisement from the 50’s

X-ray vision seems like an ideal superpower to have. The ability to see through walls and other physical objects provides obvious advantages to the superhero. Need to find a hidden bomb? Start looking through all the walls of the city. Do you suspect some enemies are about to ambush you in the next room? Check ahead and see. Despite this utility, x-ray vision is a power that a superhero may come to regret possessing.

END_OF_DOCUMENT_TOKEN_TO_BE_REPLACED

Nerd Factor: Too Many Bein’ Stomped On

Audiences both fascinate and frustrate me. At their worst, fellow moviegoers can be horrible distractions. I am like everybody else. I have cursed at a few rudely talkative people before. I have wished cell phones could somehow explode in the hands of people using them during a film. I have felt great pity for a parent with a crying baby. . . at least until that parent does not take the baby out of the theater fast enough.

Sometimes though, I find audiences really entertaining too. Today, I saw Birds of Prey (and the Fantabulous Emancipation of One Harley Quinn), the slow to get rolling but then reasonably enjoyable DC character-based film with the unfortunately long name. There was a prime example of what I love about audiences in there with me.

END_OF_DOCUMENT_TOKEN_TO_BE_REPLACED

Nerd Factor: You Might Really Be Dating a Robot

Popular culture has taught us that robots may be our most loyal friends or our most terrifying foes. No matter what their motivations, from time to time, replicants and androids and synthezoids and whatever-oids feel compelled to hide their identities from us in order to move in human circles. This may cause romantic complications. Because the Nerd Factor cares deeply about your emotional well-being this Valentine’s Day, here are some tips to tell if you might really be dating a robot:

END_OF_DOCUMENT_TOKEN_TO_BE_REPLACED 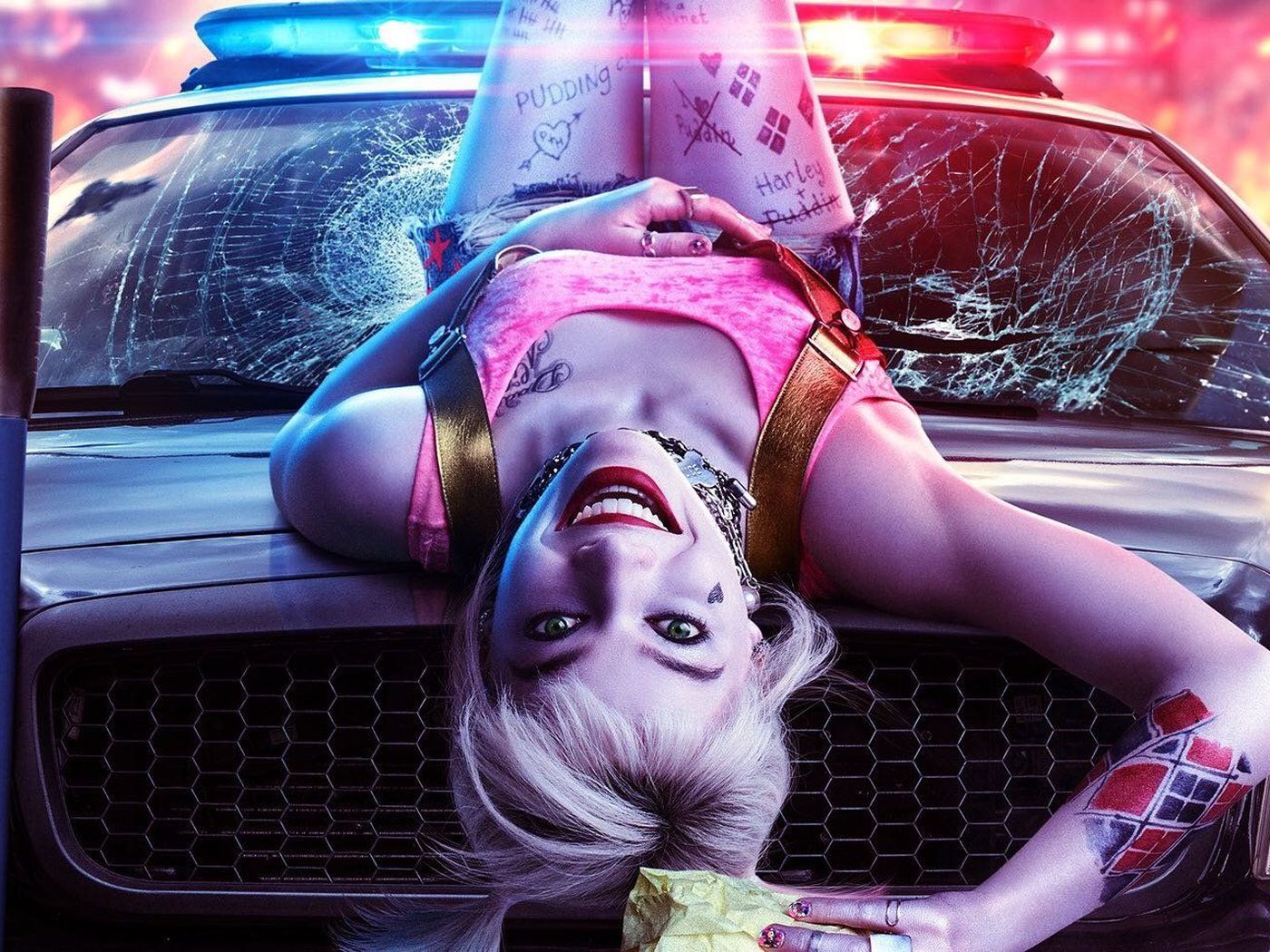 Promotional Photo for Birds of Prey

One of the most fascinating things about Harley Quinn is her origin. Not the tragic tale of a psychological intern who makes the terrible choice to fall in love with her insane patient, the Joker. “Mad Love” is a great story, but by origin this time, I mean Harley’s real world beginnings. Harley is the most successful superhero character to debut outside of comic books.

These days, the major comic book companies are part of huge entertainment conglomerates. DC Comics has long been a part of Warner Brothers (these days known as WarnerMedia because things always sound cooler when words run into each other). And, of course, Marvel has been owned by Disney for a bit over a decade now. These corporations essentially mine the creative properties of their comic book companies to produce television, film, and video game products.

END_OF_DOCUMENT_TOKEN_TO_BE_REPLACED 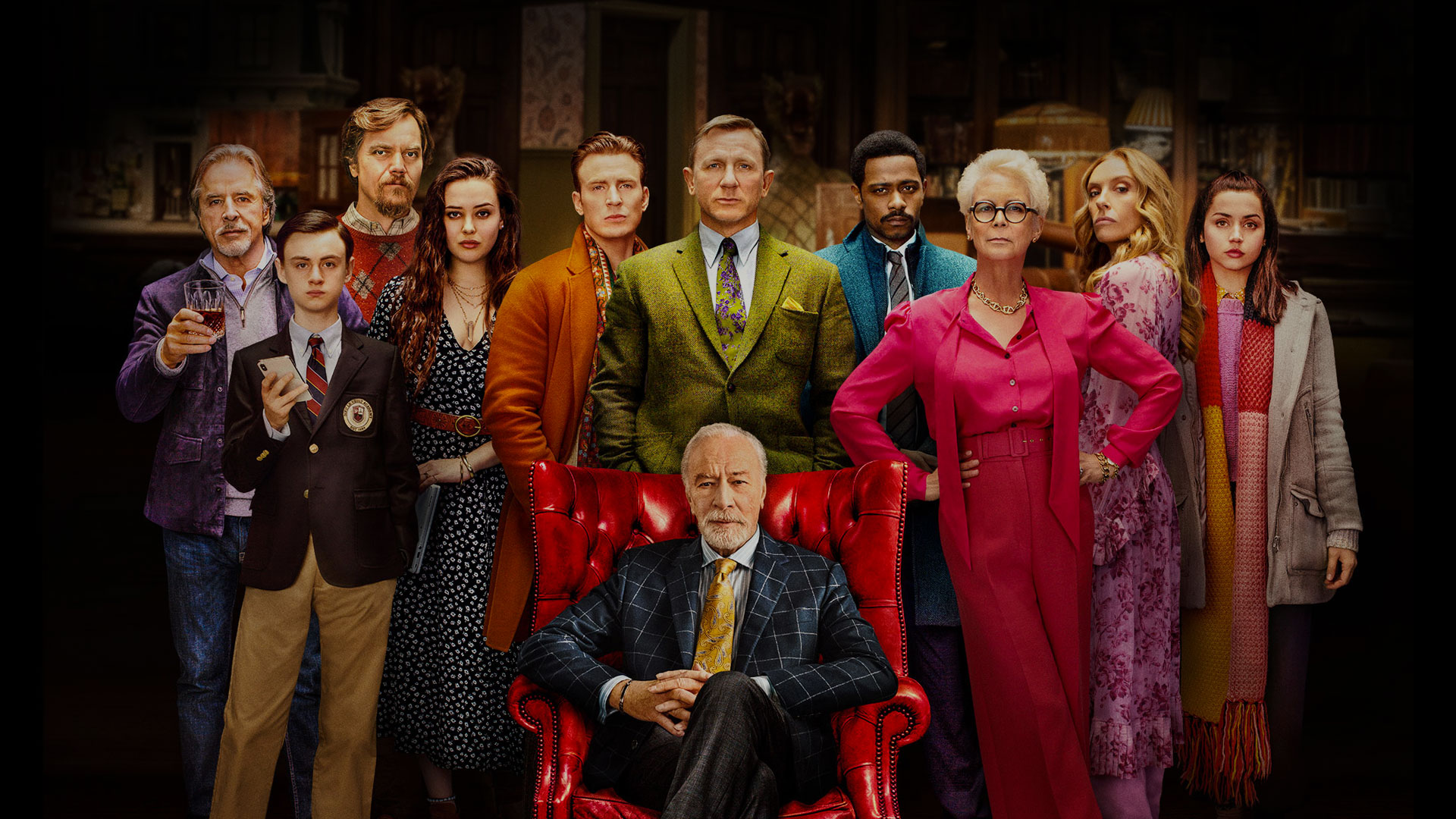 We were finally seeing Knives Out. Plus, this was a date. My wife conspired with the in-laws to take the boy out for food and fun. Excited and genuinely glad to have avoided any possible spoilers after so long, we made our way to the theater in the mall with smiles on our faces.

END_OF_DOCUMENT_TOKEN_TO_BE_REPLACED 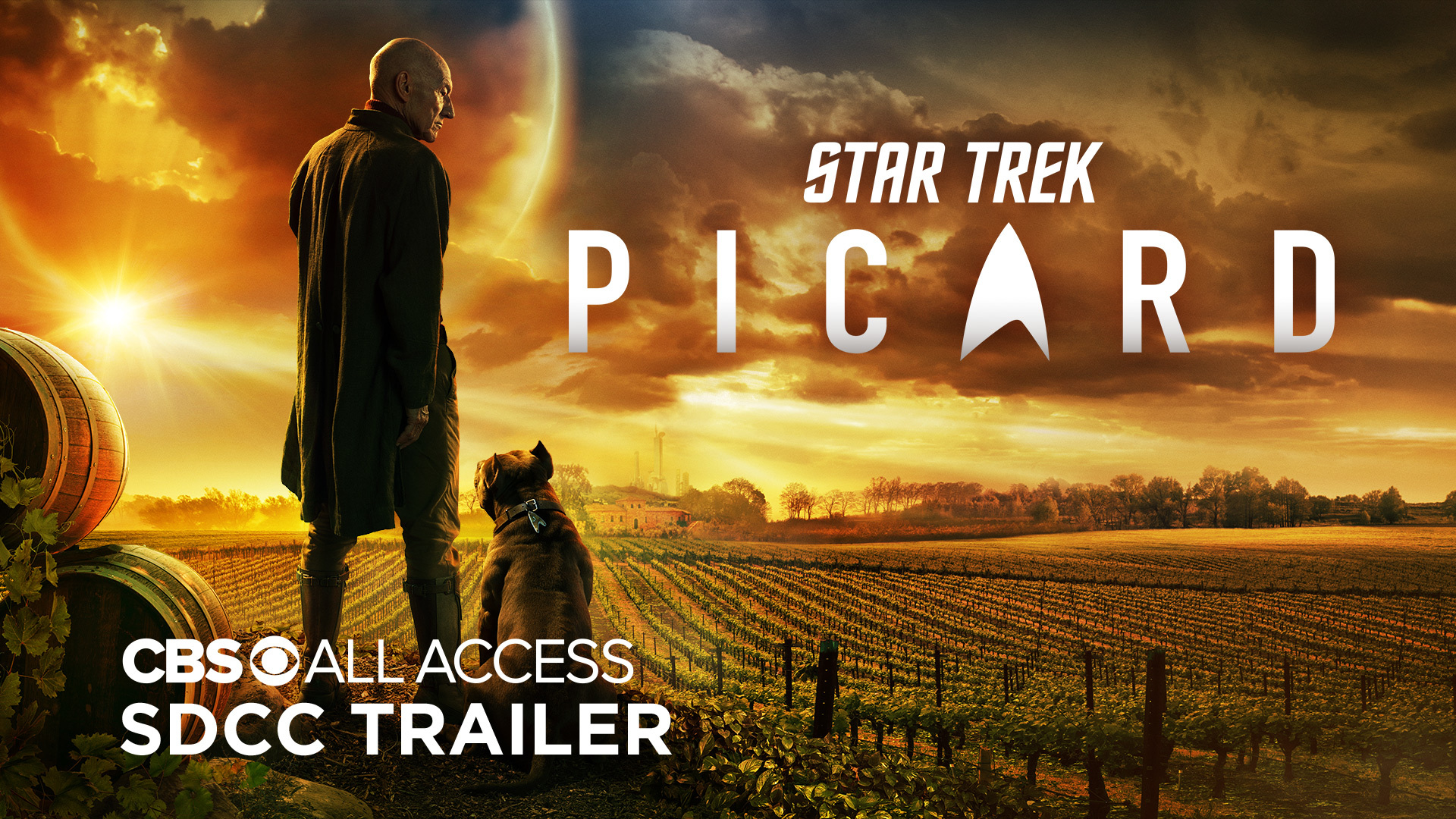 Star Trek used to be one thing. There was only one starship, the USS Enterprise. And there was only one captain, James T. Kirk. Oh sure, we would see other ships and other commanding officers on the show and in the movies, but when the iconic opening narration said, “These are the voyages,” we knew whose voyages really mattered.

All that changed in 1987, when Star Trek: The Next Generation (1987-1994) debuted in syndication. Suddenly, the Trek franchise opened up to allow the adventures of others. Jumping farther into the narrative’s future, we met the USS Enterprise-D and its new crew. From that point forward, there would be other ships and other officers. We got to know Commander and later Captain Benjamin Sisko, Captain Kathryn Janeway, and we even bounced back a bit in time to meet Captain Jonathan Archer. However, the captain that opened that door and proved that Trek could be something new and leadership could be something other than Kirk was Next Gen’s Captain Jean-Luc Picard.

END_OF_DOCUMENT_TOKEN_TO_BE_REPLACED

We all know the popular variation of the holiday standard but in our annual rush to mock the Caped Crusader at Christmas time we rarely consider the central issue that it raises. Does Batman smell? And if so, how badly?

Many elements of the comic tune have certain veracity to them. It is entirely possible for the Batmobile to lose a wheel, although one would assume that some kind of sophisticated WayneTech device would quickly replace the missing tire. And of course the Joker can get away. In fact, he’s ridiculously good at getting away. That is one of many qualities that makes the wily trickster so frustrating.

END_OF_DOCUMENT_TOKEN_TO_BE_REPLACED

The Nerd Factor is vitally concerned with the public interest. As part of the column’s ongoing commitment to the health and well-being of its readers, an important safety announcement follows.

Claus-trophobia is a condition that affects millions of people each year, yet somehow the general public remains relatively unaware of the disorder. Claus-trophobia is a state of heightened anxiety, agitation, and even fright, related to the approach of the Christmas holiday. Like other phobias, Claus-trophobia can manifest in a variety of ways.