Posted on 4 Nov 2020 by The Critograph Leave a comment

With only two weeks left of class, students are beginning to wonder about COVID’s effect on the spring 2021 semester.

After this compressed semester, students are seeing the positives and negatives of a compressed, hybrid semester, additionally, they saw how COVID still persisted despite the precautions. With students preparing to go home for the winter break, there is a rising concern for taking the virus home or bringing it back in the spring.

Nothing had been confirmed about testing for students and staff returning in the spring, but the University of Lynchburg Health Services sent out an email with information about free COVID testing before Winter break. The email started with, “The Health Center has partnered with the Virginia Department of Health (VDH) to offer free COVID testing prior to students returning home for winter break. Students wishing to take advantage of this service must pre-register using the link below.” The message included the link for registration and also states the location, “Hall Campus Center, Memorial Ballroom,” and time “Nov. 11, 2020 … 1:00 a.m. to 2:00 p.m.” There is also a bulleted point explaining that the test is only for those who do not have symptoms.

END_OF_DOCUMENT_TOKEN_TO_BE_REPLACED

Posted on 16 Sep 2020 by The Critograph Leave a comment

I am a transfer student to the University of Lynchburg. I have been in college on and offline for two years at this point.

My experiences at college have all been boring and normal up to this point. Once Covid-19 hit I assumed things would move to an online only format as it had before.

This included pre -recorded lectures and webcam office hours for questions and help. This was a very well-oiled system in my opinion and made life OK for those who had to learn online.

END_OF_DOCUMENT_TOKEN_TO_BE_REPLACED

Suicide During The Pandemic

Posted on 26 Aug 2020 by The Critograph Leave a comment

According to the Center for Disease Control and Prevention (CDC), “suicide is the tenth leading cause of death in the United States, taking more than 48,000 people’s lives in 2018.” Additionally, according to the CDC, “roughly 10.7 million American adults seriously thought about suicide, 3.3 million American adults made a plan to commit suicide, and 1.4 million attempted to commit suicde.”

On the same hand, suicide does not just impact someone of a speicific age, race, gender/sex, or ethnicity. In fact, “suicide is the seocnd leading cause of death of people between the ages of 10 to 34 years old, fourth leading cause od death for individuals between 35 to 54 years old, and eighth leading cause of death among people 55 to 64,” states the CDC. Lastly, “non-Hispanic American Indian/Alaska Native and non-Hispanic White populations are at the greatest risk for suicide, and individuals in the fields of miltiary, construction, the arts, design, entertainment, sports, and media fields are also at the greatest risk for committing suicide,” according to the CDC. But why should we, Americans, be concerned about the suicide pandemic in the United States?

END_OF_DOCUMENT_TOKEN_TO_BE_REPLACED

Posted on 20 Aug 2020 by The Critograph Leave a comment

One week after hybrid classes resumed at the University of Lynchburg, the campus moved to an Alert Level 2.

According to an email from President Alison Morrison-Shetlar, there are currently five active cases of COVID-19 among the student population, 26 students in quarantine on campus and another 11 in isolation. The university is also awaiting awaiting test results on an additional seven suspected cases.

END_OF_DOCUMENT_TOKEN_TO_BE_REPLACED

Posted on 19 Aug 2020 by The Critograph Leave a comment

As the University of Lynchburg returns to a new semblance of normality, Greek Life is also adjusting its  protocols as a result of COVID-19.

Senior Malik Nowlin who serves as treasurer of Sigma Nu and the Interfraternity Council (IFC) vice-president of Internal Affairs said, “Naturally a friend group as close as we are want to be able to hang out together, but with the new restrictions, safety is our top priority.” Nowlin also said that as a group they want to promote social distancing in their fraternity while still engaging in their typical activities.

END_OF_DOCUMENT_TOKEN_TO_BE_REPLACED

Posted on 12 Aug 2020 by The Critograph Leave a comment

END_OF_DOCUMENT_TOKEN_TO_BE_REPLACED 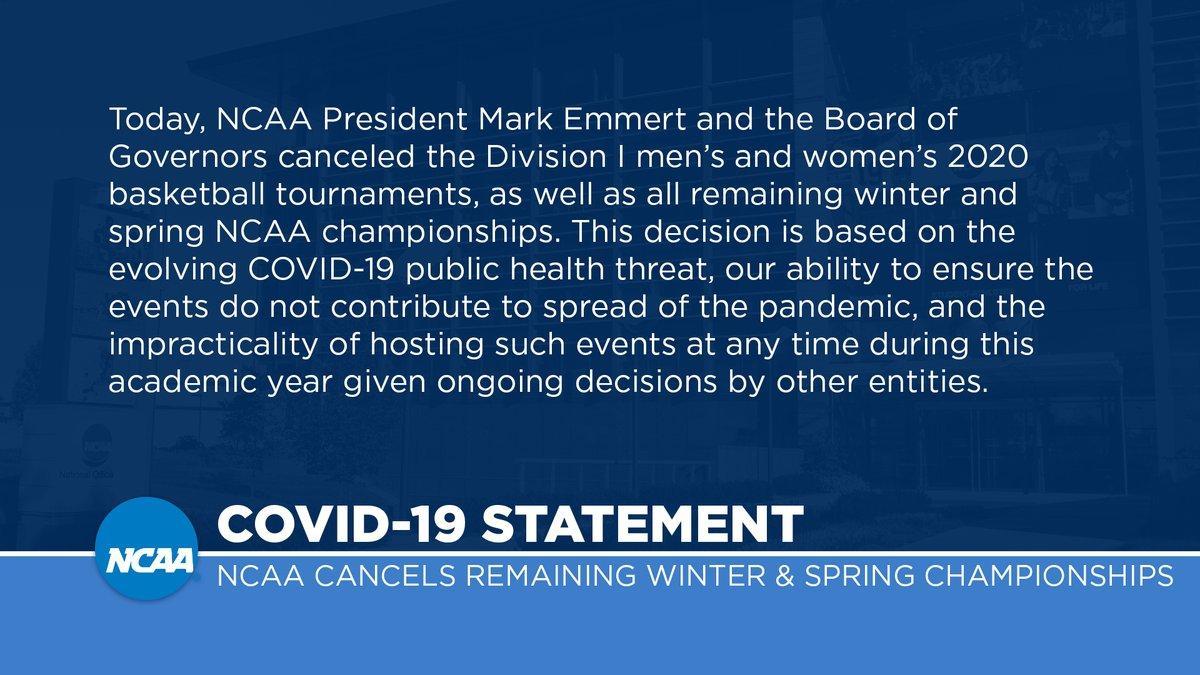 Athletes all over the country have been informed that their seasons have come to an end. On March 12, 2020, the NCAA tweeted the official COVID-19 statement that caused all athletic programs to come to an end for the rest of the school year. The message stated the cancellation of, “all remaining winter and spring NCAA championships.”

END_OF_DOCUMENT_TOKEN_TO_BE_REPLACED

I am writing with an important update on our ongoing response to COVID-19 (coronavirus), which has now been elevated to a worldwide pandemic. As the situation unfolds nationwide, I recognize the uncertainties and the possible risks here in our own community. I have decided to err on the side of extreme caution to keep our campus safe. I know that many of you are worried as you prepare to resume classes next week and I want to share our immediate plans to ensure your health and well-being.