Posted on 21 Oct 2020 by The Critograph Leave a comment

Posted on 7 Oct 2020 by The Critograph Leave a comment

Get your Critograph Masked Hornet Sticker to commemorate the 2020-2021 school year. These large stickers look great on any water bottle, laptop or wherever you put stickers, buy one today and have it delivered to your campus box or mailed home!

Posted on 9 Sep 2020 by The Critograph Leave a comment

Online School During a Pandemic

College students are adjusting to the “new normal” of online school and isolation during this worldwide pandemic, two things that they did not sign up for.

In this strange period of time of the coronavirus, students all over the nation are trying to focus on passing their classes or graduating school not knowing when they will be able to return back to some sort of normalcy.

Photo of computer showing the new normal of online schooling by Stephanie Quaranto on  Friday, April 10, 2020

END_OF_DOCUMENT_TOKEN_TO_BE_REPLACED 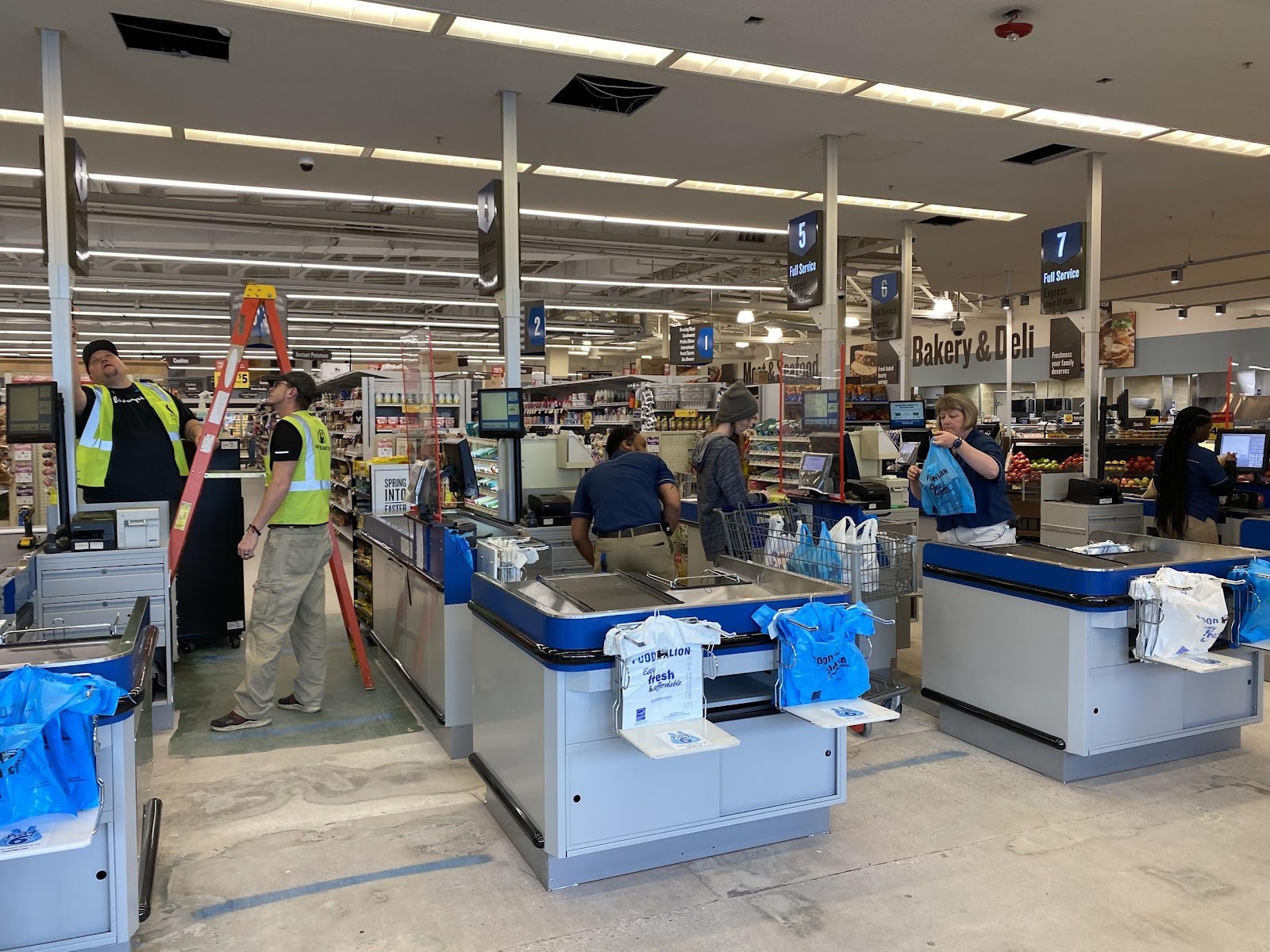 Local renovated Food Lion in Claymont Delaware is one of the many stores that have been affected by the Coronavirus. Photo by Allyssa Lawry.

As one of two Food Lion’s in Wilmington Delaware this store has a lot on their plate, store manager Mark Smondrowski was gracious enough to take time out of his busy schedule to discuss how things are operating.

“Our company is committed to providing a safe environment for both associates and customers. We have followed the state guidelines calling out for social distancing, capacity maximums and enhanced cleaning responsibilities. Extra measures to help would be to mandate masks for all people in the store as well as reduced maximums,” said Smondrowski.

END_OF_DOCUMENT_TOKEN_TO_BE_REPLACED

The Pandemic & My Hometown: Joshua Price

Posted on 1 Apr 2020 by The Critograph
By Joshua Price
On a Monday, March 30, 2020,  I decided photograph how the pandemic was affecting my community in Maryland.
While some places seem deserted others seem to bustle like nothing has happened. Since they are deemed “essential business” parking lots of grocery stores being filled.
Fed-Ex Field, home of the Washington Redskins, is now being used as a COVID-19 testing area. I also visited Washington D.C.
Many of the tourist hotspots only contained a few people, if any.  As we begin to reach the peak of this virus we must maintain our social distancing and hope this all blows over sooner rather than later.

END_OF_DOCUMENT_TOKEN_TO_BE_REPLACED

ODAC men’s rookie of the meet, Parker Hayungs, swims in one of his butterfly events. Photo by Madison Ayres

Varsity swimming returned to Lynchburg this year after a hiatus dating back to the 1970-71 academic year.

After exceeding their own expectations this season, the program’s 28 men and women have a lot to celebrate and much to look forward to, according to head coach Brad Dunn.

END_OF_DOCUMENT_TOKEN_TO_BE_REPLACED

I am writing with an important update on our ongoing response to COVID-19 (coronavirus), which has now been elevated to a worldwide pandemic. As the situation unfolds nationwide, I recognize the uncertainties and the possible risks here in our own community. I have decided to err on the side of extreme caution to keep our campus safe. I know that many of you are worried as you prepare to resume classes next week and I want to share our immediate plans to ensure your health and well-being.

END_OF_DOCUMENT_TOKEN_TO_BE_REPLACED

March represents the height of the club sports season.

Many teams at the University of Lynchburg have competed in tournaments recently, including the club women’s soccer and field hockey teams.

Since the beginning of their spring campaign, the women’s club soccer team has won one match against the University of Mary Washington team by a score of 2 to 0 on Sunday, Feb. 9.  On Saturday, Feb. 22, the team tied 1 to 1 against a Virginia Beach City FC team of all age groups.

END_OF_DOCUMENT_TOKEN_TO_BE_REPLACED

Mystic Magic: The Hermetic Order of the Golden Dawn

I know it has been a week since diving into Aleister Crowley, but this week I wanted to talk about an organization he was in for a brief time, and an organization that influenced the creator of Wicca, Gerald Brosseau Gardner. That organization is the Hermetic Order of the Golden Dawn.

First off, what in the world is the Hermetic Order of the Golden Dawn? The answer to that question is an odd one, for sure. According to the New World Encyclopedia, the Hermetic Order was a “magical order of the late nineteenth and early twentieth centuries, which practiced various forms of theurgy and spiritual occultism.” Basically, it was a group of people who met up in a religious context and did spooky stuff.

END_OF_DOCUMENT_TOKEN_TO_BE_REPLACED

OLP:  A New Kind of Sport

Are you tired of the typical sports, like soccer, basketball, etc.?  Well, you are in-luck because the University of Lynchburg’s Outdoor Leadership Program (OLP) is excited to take you on an adventure that you have never gone on before!  Some activities that OLP hosts are rock climbing, hiking, rappelling, whitewater rafting, and – even – caving.

The OLP activities are centered around fun and adventure while in a positive environment.  “I am really excited for all the awesome trips this semester with the Outdoor Leadership Program.  It is a great program that allows students to gain leadership experience while having fun in the outdoors,” said OLP Experienced Guide and third-year student Nat Hanno.

END_OF_DOCUMENT_TOKEN_TO_BE_REPLACED

Want to Support the Critograph? Here’s your chance!

Want to support the Critograph? Want a cool sticker? Want both? Then buy a sticker on Venmo @critograph for only $1.00! Make an order on the Venmo, then comment your P.O box number and we’ll have it delivered. If you want a sticker shipped off campus, the cost is $1.25, Put  your address in the comment. Support the Crit today and send your payment to @critograph on venmo!

Sadhu Vaswani is attributed with saying, “Love is selfless. It is prepared to sacrifice.” With the way the Internet can be, I am not sure if he truly said that, but I do believe these words are true. In Hallmark movies and the like, love is portrayed as a beautiful, easy thing. Love is beautiful, but I have never known it to be easy. Truly loving someone changes you completely.

END_OF_DOCUMENT_TOKEN_TO_BE_REPLACED

Students at the University of Lynchburg have the opportunity to join several different residential living-learning communities.

“Experience a residential community that supports and enhances your academic goals and endeavors,” encourages the University of Lynchburg website. According to the website, there are currently four residential learning communities on campus: the Westover Honors College Community for First Year Students, the Dimensions of Diversity Community, the Westover Honors College Community for Upperclass Students, and the Spiritual Wellness and Mindfulness Community.

END_OF_DOCUMENT_TOKEN_TO_BE_REPLACED

The University of Lynchburg Women’s Basketball team celebrates following
a successful two-point shot during the game against Meredith College on Sunday, November
10. Photo retrieved from the Lynchburg Sports Website and was taken by a member of the
Lynchburg Hornets Sports Network (LHSN).

On Sunday, Nov. 10 at 12:00 p.m., the University of Lynchburg Women’s Basketball program defeated Meredith College by a score of 81-60. This game was the first of the regular season, and they began their campaign with a big win.

Third-year guard for the Lady Hornets, Maggie Quarles, started off the game by scoring a three-pointer.  In total, she scored 15 points in the game. Second-year transfer student and guard, Alissa Smalls, was the highest scorer in the game with 18 points.

END_OF_DOCUMENT_TOKEN_TO_BE_REPLACED

Want updates sent directly to you? Sign up here to get notified every Wednesday!

Check out our Mystic Magic & Nerd Factor articles from this week! Both are so interesting & insightful!!
Are you getting vaccinated? Don’t know yet? Read this article about the Universities plan! Link in our bio! 🤩💉
Cassandra Matthew’s wrote about the MLRC last week. Click the link in our bio to learn more!!
“the Ethic Bowl Team is a group activity in which students research, develop positions, and debate on a multitude of ethical issues.” Read more about the Ethics bowl in our article this week! Link in our bio as always
Happy Wednesday & happy new issue day Hornets!! Click the link in our bio 🤩
Looking for something new to watch? Check out this opinion article on MacGyver! Have a good Tuesday Hornets ❤️