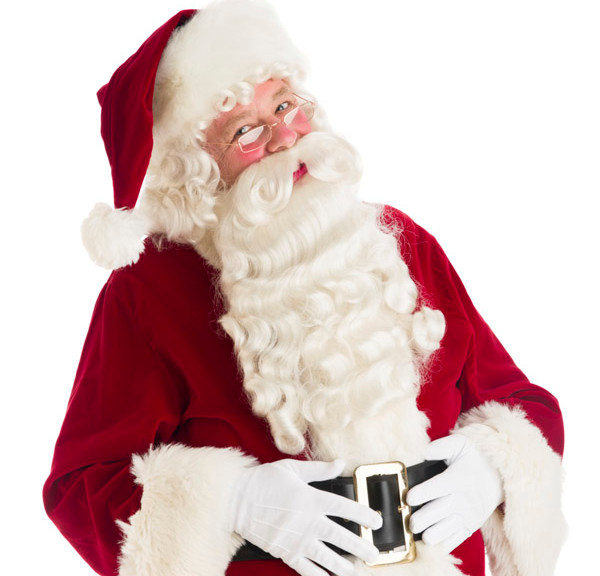 The Nerd Factor is vitally concerned with the public interest. As part of the column’s ongoing commitment to the health and well-being of its readers, an important safety announcement follows.

Claus-trophobia is a condition that affects millions of people each year, yet somehow the general public remains relatively unaware of the disorder. Claus-trophobia is a state of heightened anxiety, agitation, and even fright, related to the approach of the Christmas holiday. Like other phobias, Claus-trophobia can manifest in a variety of ways.

Typical symptoms of Claus-trophobia include:

— The overwhelming sense of being confined, contained, or even crushed by Christmas.

— Bouts of unexpected and anxious consideration of personal finances, specifically the lack thereof.

— An obsession with the calendar and the marking of days on those calendars.

— Moderate to extreme periods of cognitive impairment that result in the sudden inability to think of the right gift for someone, even a person that the Claus-trophobe was known for many years.

In more extreme cases, Claus-trophobia may also result in problematic, risky, or even harmful behaviors, such as:

— Avoidance of regular responsibilities in favor of listening to Christmas music.

— A profound need to increase holiday anxiety among others by remarking upon the number of days left until Christmas, particularly by posting memes or countdown clocks on social media.

— Hoarding behaviors focused on items such as Christmas catalogs and newspaper inserts.

— The seeking out of physically dangerous environments such as Black Friday sales.

As noted earlier, despite being a condition that impacts the lives of millions of people, Claus-trophobia goes relatively untreated in our society. This lack of awareness is partially explained by cultural expectations. For many years, Claus-trophobia was regarded as just something a person has to get through as a matter of holiday endurance. Sufferers were ritually told to “watch out” and were constantly reminded that they were being watched when they were asleep and awake. They were often specifically advised that they better not cry nor pout, which greatly reduced the number of people who sought treatment.

Of course the primary reason for the lack of awareness of this seasonal disorder is that Claus-trophobia has a confusing name. It is easy to mistake the condition with another Christmas holiday related condition “cause-trophobia”, the fear of being overwhelmed by charity appeals while holiday shopping. Claus-trophobes will sometimes manifest cause-trophobia as a parallel condition, but the cause-trophobe’s avoidance of the entry ways of stores and special appeals at the cash registers appears to be more a reaction to guilt or frustration.

The terminological confusion with claustrophobia, the fear of confinement and small spaces, is also obvious. For many years scholars have debated changing the name “Claus-trophobia” to avoid these confusions, but the American Psychological Association has agreed it’s a really good holiday pun, so that’s not likely to happen.

As with other psychological disorders, the diagnosis and treatment of Claus-trophobia is best left to professionals. If you believe that you or someone you know is a Claus-trophobe, please speak with a qualified mental health or medical professional immediately. Santa Claus may be comin’ to town, but no one has to face him alone.