It’s that time in March again – the NCAA basketball tournament for the national title, otherwise known as March Madness. And there has definitely been some madness this year. History has been made, tears have been shed and you better believe that brackets have been busted. In one of the most controversial tournaments in history, this year has been the year of upset.

All the noise started early this year, as No. 11 Loyola Chicago took down the No. 6 Miami Hurricanes with a buzzer beater victory shot. It took no time at all for the madness to begin with this underdog win, as only 40 percent of bracket-makers picked that result. This game was only the sixth game of the tournament, and let’s just say it told the tale for just about the rest of the first-round games. 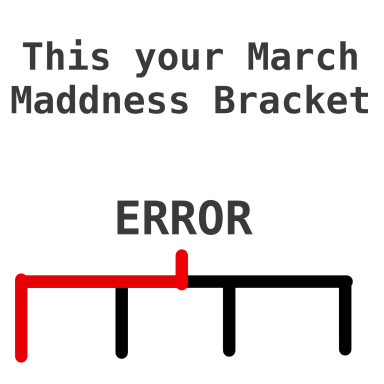 No. 4 Arizona also fell victim to the madness, as they lost in the first round of the tournament to the No. 13 seed, Buffalo. With only 20 percent of college basketball fans choosing Buffalo over Arizona, it was only a matter of time before there would be no perfect brackets remaining. That time came sooner rather than later when Marshall, ranked at 13 entered the tourney and eliminated the No. 4 Wichita State team. But wait, there’s more!

The No. 8 seed, Virginia Tech, lost their game to the No. 9 Rolling Tide too, leaving just about every team that was projected to go far into the tournament, already done in the first round. Why stop there? After all, it is March Madness, so let’s say we add one more upset to the playing field. That’s exactly what happened with the biggest upset of all time coming from the No. 16 seed UMBC Retrievers. They etched their names into the history books as the first 16 seed team to beat a number 1 seed in the first round. Yes, you read that right; No. 1 UVA lost their game in an embarrassing 74-54 effort against the Retrievers, making their trip much shorter than anticipated, along with destroying everybody’s bracket.  One can say it’s definitely been madness in March with this year’s crazy tournament.