She Said: You Don’t Own Me

If there’s anything that drives me crazy, it’s people who think they have a say over someone else’s body or their related choices. This is something very relevant in our society nowadays when it comes to major decisions such as abortion, but I’m talking about minor decisions as well.

Despite the fact that it’s 2017, there are still people out there who take offense to others’ body modifications as if it somehow personally affects them. Body mods of any kind are personal choices that should be done based on your own preferences and desires, not someone else’s.

Anyone who knows me knows that I love piercings and tattoos, but everyone isn’t always so accepting. Recently, I had a falling out with a guy I was involved with. This person was very close-minded and judgemental, which I knew from the get-go, but had made the conscious decision to ignore. He is not a fan of piercings.

I guess he had just decided to “put up” with the ones I already had, but when I got my lip pierced for my birthday, it must have pushed him over the edge. He said he despised it. Then he verbally attacked me, calling me a pincushion and saying that it “turned him off.” He also told me I could ruin my face if I wanted, and then he whined about how his opinion didn’t matter to me. 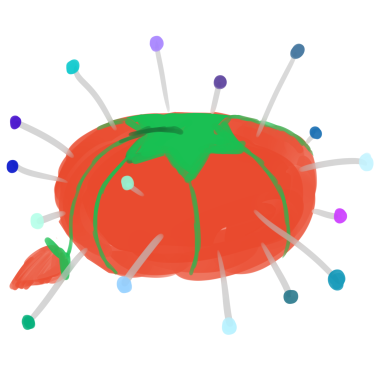 Well that’s one thing he was right about. His opinion was nowhere near as significant as mine was when it came to a decision I made about my own body. Because, last time I checked, it is still my body, and no one else’s. I’m not sure why he thought he had a say in any of it, or that I would even consider his thoughts beforehand.

Not a single person is obligated to consider someone else’s opinion in regard to their body. If you choose to of your own accord, that’s fine, because you chose that. My point here is that you don’t owe anyone anything. That guy made the choice to throw our friendship in the trash simply because I put a tiny stud above my lip. Maybe I’m biased, but it seems a little petty.

Of course, everyone is allowed to have their own opinions, and I respect that, even if it means you have a problem with my face because of my piercings. However, you are not allowed to attack someone because they don’t share your personal preferences. And that applies to all things. Maybe you think abortion is immoral, but that just means you shouldn’t get one. It doesn’t mean you can control whether or not someone else can get one; they might not think it’s immoral.

Living in this society means we are guaranteed freedom. This means we can make these kinds of personal choices for ourselves. If I want to decorate my body with tattoos and piercings, then I can. If you want to dye your hair lime green, then you have that option. Diversity is a beautiful thing, intolerance is not. So go be yourself, and do the d*mn thing.